This 1976 Porsche 911 has been modified mechanically and aesthetically to pay tribute to the 1979 Kremer-entered Porsche 935 K3 that captured the overall victory in the 1979 Le Mans 24 Hours driven by German Klaus Ludwig and his teammates, the American brothers Bill and Don Whittington. A second Kremer 935 entry finished third, outrun to the finish by the second place 935 that was entered by Dick Barbour and driven by Barbour, Paul Newman, and Rolf Stommelen. Quite a weekend at Circuit de La Sarthe for the Porsche brigade that weekend in June! In 1979, Porsche had been in the racing business for 31 years. During that time and since, Porsche has pitted its cars against the endless grueling stresses of races such as Le Mans, Daytona, the Nurburgring, and Sebring. At that point, they had more than 400 major race victories on a global scale. For the road or track, the major goal for Porsche wasn’t necessarily winning races; it was the learning process that was provided by the perfect proving grounds of a race track. This has led to the validation of its engineering and production successes. This particular 1976 Porsche 935 Kremer K3 Recreation Racecar has been developed over the past 20 years and is set up to be street legal, with lights, turn signals, horn, and more, and is offered with a clean title. The 1976 platform is now fitted with a modern 3.6-liter horizontally opposed six-cylinder engine from a Type 964 series 911 that is coupled to a 914 series five-speed manual transmission. The power unit is equipped with headers and a custom exhaust system. The body is a replica K3 Kremer fiberglass body and roof with steel doors, and all of the windows are Lexan. Additional equipment includes an ATL fuel cell, full roll cage, coilover suspension, various Type 930 series 911 turbo suspension components, upgraded four-wheel disc brakes, quick-release steering wheel, two Sparco racing seats with competition-style lap belts, racing-style alloy wheels, rear wing, pinned front and rear decks, low-placed headlights, front fender louvers, slant nose, similar livery to the Le Mans-winning exemplar, many braided lines and more – all checking in at about 2,200 pounds. The 1976 Porsche 935 Kremer K3 Recreation Racecar is conveyed as being “amazing to drive” in addition to being well-sorted and reliable. The car is currently set up for the street with performance DOT-approved street-legal tires and a “road-friendly” suspension geometry. It is also proffered that this Porsche could “easily be set up again for vintage racing with some minor modifications and current safety equipment.” 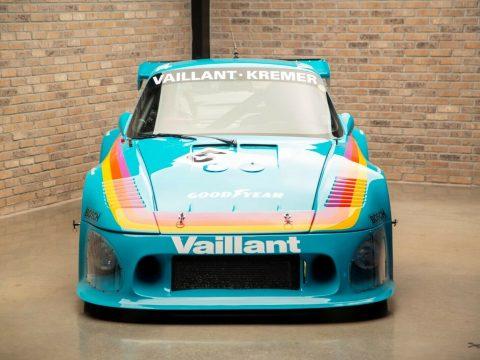 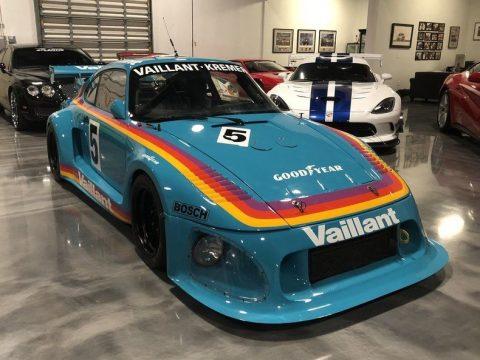 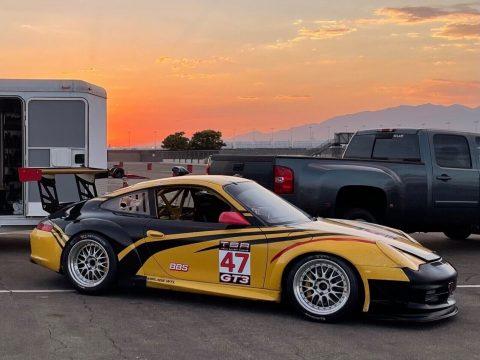 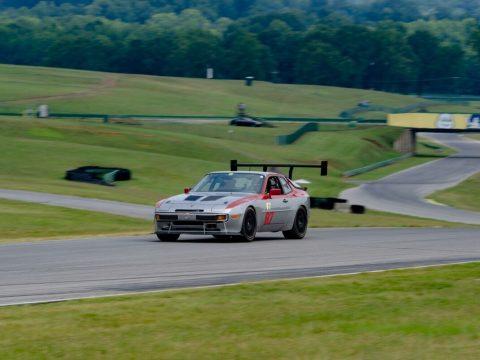 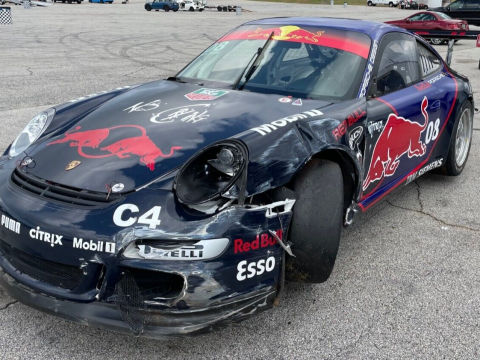